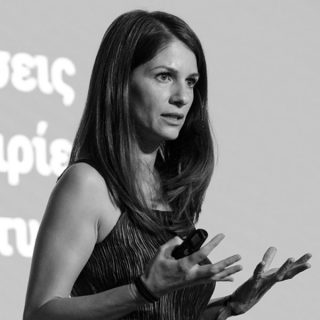 Stella Kasdagli is the co-founder of Women On Top, a non-profit organisation in Greece for the professional development of women and for gender equality in the public sphere. Within just 8 years, Women on Top has managed to become the most experienced organization in Greece regarding women’s professional empowerment and, in 2020, it became the first non profit organization participating in the National Council for Gender Equality, while also taking part in key policy consultations with major stakeholders from state institutions and industry leaders.

With a small team of just 3 people, WoT has managed to build and sustain a team of 450 volunteer mentors who completed 830 mentorship programs. It has provided training and learning opportunities to more than 1,200 women, to advance their skills and build confidence to pursue professional opportunities. It has also established strong and lasting relationships with more than 45 organizations, institutions, associations and companies and it remains rooted and relevant through ongoing research and development.

Stella is also a published author, a translator, a book club maverick and the facilitator of impactful workshops on professional development, gender issues and social change. She previously studied French Literature in Athens, Greece, and Media Studies in London, and has worked for 10+ years as a women’s magazine and online editor. She is the recipient of the Social Impact UK Alumni Award and she has published eight books for the empowerment of girls, women and teens. She lives in Athens with her husband and two daughters.